The mission of the Children’s Advocacy Project for Kids (CAP4Kids) is to help bridge the gap between the many quality social service agencies in the community and the families that need their help the most. To bridge this gap, we aim to empower and inform those that care for children.

In 2010, Children’s Practicing Pediatricians (CPP) teamed up with Nationwide Children’s Hospital to bring the CAP4Kids website to Columbus. CAP4Kids represents a joint effort between community physicians, hospital physicians and the social work department at Nationwide Children’s Hospital. We have a team of physicians, social workers and administrators who are strongly dedicated to children’s advocacy. CAP4Kids is part of a national project that started in Philiadelphia in 2004.

How Can We Help You?

CAP4Kids is a website that lists community resources. Parent handouts are the backbone of this project. They are broken down by category under “Parent Resources”. Within each handout, you will find a helpful description of organizations, addresses, phone numbers and website links. Print a parent handout by selecting the category or subcategory and then clicking on “print this page” at the top or bottom (if in a language other than English). Have a question or can’t find what you are looking for? E-mail us at  CAP4KidsColumbus@nationwidechildrens.org

Dr. Robbins is a 1971 graduate of the Philadelphia College of Osteopathic Medicine.  He completed an internship program at Doctors Hospital in Columbus and a three year pediatric residency at Children’s Hospital Medical Center in Cincinnati, where he received the first Annual Samuel Dalinsky Memorial Award for outstanding graduating pediatric resident.  Dr. Robbins is certified by the American Board of Pediatrics and is a fellow of the American Academy of Pediatrics. Dr. Robbins has been active in the pediatric community, including serving as president of the Central Ohio Pediatric Society and president of the medical staff at Nationwide Children’s Hospital.  He has been the recipient of several teaching awards, including the Pediatrician of the Year Award. He is also the president of Children’s Practicing Pediatricians (CPP).

Dr. Emily is a pediatrician in the Urgent Care and Primary Care Clinics at Nationwide Children’s Hospital and also Clinical Assistant Professor of Pediatrics at The Ohio State University College of Medicine & Public Health. She graduated Magna Cum Laude from the OSU College of Medicine & Public Health and completed her pediatric residency at Nationwide Children’s Hospital. Dr. Emily has a strong interest in advocacy for kids with special needs and has worked on medical missions in Thailand and Zambia. She is the recipient of several awards, including the Ohio AAP Outstanding Committee Chair Award for the Section on Young Physicians & Residents. Dr. Emily is certified by the American Board of Pediatrics, is a fellow of the American Academy of Pediatrics and is a member of the AOA  Medical Honor Society.

Dr. Dan is a pediatrician at St. Christopher’s Hospital for Children in Philadelphia and a Associate Professor of Pediatrics at Drexel University College of Medicine. Dan was the original founder of CAP4Kids in Philadelphia and early on realized that there are many communities nationally that could utilize CAP4Kids sites as well. Dan, and the rest of the CAP4Kids city administrators, have a deep commitment to the care of vulnerable children, families and the communities that support them.

Frank Combs serves as Executive Director of Children’s Practicing Pediatricians (CPP). CPP supports community pediatricians in the Section of General Pediatrics at Nationwide Children’s Hospital through advocacy and education. Frank finds great satisfaction in developing strategic relationships that advance the mission of CAP4Kids and ultimately benefit children and families.  He is actively involved with the Juvenile Diabetes Research Foundation (JDRF) and the National and State Medical Group Management Associations (MGMA).

Christina serves as the Practice Administrator with Children’s Practicing Pediatricians (CPP). Prior to her position with CPP, Christina worked for Nationwide Children’s Hospital for thirteen years in Physician Relations. Christina graduated from West Virginia University with a Bachelor of Science in Business Administration. She is passionate about children’s health and their access to quality healthcare and support services.

Lauren serves as the CAP4Kids Community Resource Coordinator, where she bridges the gap between resources in the Columbus community and families that need them the most. She also has interest in food and nutrition education, food security, and obesity and chronic disease prevention.

Jervis is a faculty member in the Department of Media Arts, Digital Media Program at Drexel University in Philadelphia. Jervis teaches undergraduate and graduate courses in Interactivity and Multimedia. Before teaching at Drexel University, Jervis served as a Master Technical Training Instructor with Secret Clearance for the United States Air Force. He helped start CAP4Kids and has been an integral part in building and transforming the CAp4Kids website, so families can access resources easily.

Start CAP4Kids in Your City

You must first find a person or team that will be the beacon to get this invaluable project started. Dr. Daniel Taylor at St. Christopher’s Hospital in Philadelphia started CAP4Kids, a national advocacy project. Contact Dr. Taylor for assistance in launching a CAP4Kids site in your city at dtaylor01@drexelmed.edu. 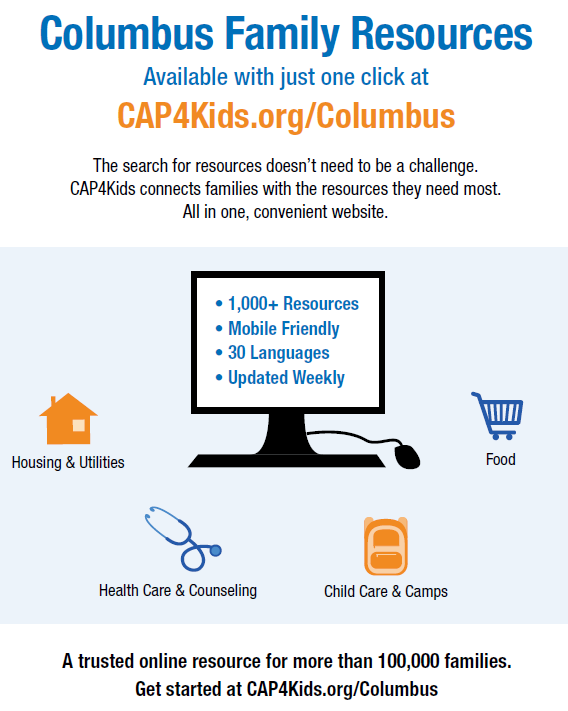 Listen to our recent podcast about how we started, what we do, and where we are going!